"My Boy Lollipop" was an international hit for Millie Small in 1964, as well as an introduction to the musical culture of Jamaica. Millie came out of the bluebeat scene, which evolved into ska, a musical style that remains popular to this day in the U.S. and the U.K. Teenager Millie Small was the first success story for Chris Blackwell's Island Records, which would later introduce the world to reggae stars Toots and the Maytals, and Bob Marley. Small, who died May 5, 2020, did so as the most internationally successful female Jamaican pop artist.

Millicent Dolly Small never wanted to be a star, but she always knew she was destined to be a singer. Born in Clarendon Parish, Jamaica, on October 6, 1946, Millie was the daughter of an underpaid sugar plantation overseer. At the age of 12, she started performing song and dance routines for her seven brothers and five sisters, before that she showed no interest in singing, according to her brother Leebert. Only a few years later, at 16, Millie's star began to rise in the Jamaican pop style known as bluebeat, which was named after the Blue Beat record label. Her biggest hit, "My Boy Lollipop," topped charts in 1964, managing to hold the number two spot behind the Beach Boys' "I Get Around." Her greatest gift to the international music community, however, is bringing the sound of Jamaican ska to the world. "I would say she's the person who took ska international," legendary producer Chris Blackwell told the Jamaica Observer the day after Small's death, at age 73. 12-year-old Millie Small left home to live with some relatives in Love Lane in Kingston, Jamaica. The area is in the heart of Kingston, the largest city in Jamaica, and a hub for notable jazz musicians in the early 20th century. In the 1950s, as radios became commonplace in Jamaica, the influences of New Orleans artists such as Fats Domino and Barbie Gaye (which would eventually become the backbone of ska and reggae), led to a demand for more music. Music producers such as Sir Coxsone Dodd and Prince Buster began recording their own versions of the genres they loved with the help of local musicians. By the late 1950s, right around the time 12-year-old Millie moved to Kingston, the sound morphed away from American blues and R&B genres to become what is now known as ska.

Surrounded by the burgeoning bluebeat music scene and a desire to sing, Millie entered the Vere Johns Opportunity Hour talent contest at the Palladium Theater in Montego Bay. Young Millie Small, still only twelve, won second place in the talent competition using the same routine she used to do for her siblings. She was awarded a prize of ten shillings and, unbeknownst to her at the time, the beginning of a successful music career. The contest win brought her to the attention of Coxsone Dodd, who had established his Studio One label in Kingston. Dodd paired twelve-and-a-half-year-old Millie with Roy Panton, a singer in his 20's who had briefly been part of a duet called The Rovers. Panton and Small teamed up under the name Roy & Millie and recorded "We'll Meet" for Dodd. She also recorded a song called "Sugar Plum" for the producer and had a string of modest hits with Panton earning her the title "the Blue Beat Girl" around the Caribbean. The work for Dodd, however, paid very little, causing Roy & Millie to look for a new record label. Sadly, that day never came, and by 1963 Roy & Millie had gone their separate ways.

A short time later, Island Records Label founder Chris Blackwell heard one of Millie's early hits. He was so enamored with her signature high pitched singing voice he reached out to Dodd about managing Millie's music career. Blackwell waited three years until Millie was old enough to travel alone and then flew her to England in late 1963. Millie was given speech training and dancing lessons at the Italia Conti Stage School and then found herself on a tour of England before heading into her first recording session at Olympic Sound Studios in London. Set up with a new label and guided by Blackwell, who truly believed she had what it takes to be a star, Millie started recording a series of singles for Fontana Records. The first single, "Until You're Mine," was a total dud. Blackwell knew he had taken the wrong approach by not finding the right sound to compliment Millie's distinctive voice.

Back at Olympic Sound Studios, Blackwell assigned Jamaican jazz guitarist Ernest Ranglin to arrange a cover of Barbie Gaye's 1956 song, "My Boy Lollypop." Ranglin, inspired by the new ska sound, pulled together an impressive collection of studio musicians (including, according to Millie Small, Rod Stewart on harmonica) and, along with Millie, laid down what would become one of the best-selling ska records of all time.

"My Boy Lollipop," has sold more than seven million records since it rocketed to the number two spot on the Billboard 100 chart in 1964. Gaye, who'd extensively rewritten the song from the original "My Girl Lollypop," never saw a penny of the income made off the hit. To her credit, Millie managed to stay down-to-Earth throughout her rocket to stardom. "I hadn't planned on being a star, but I always wanted to be a singer, and I felt like it was my destiny to go to England," Millie said. She was kept grounded, in part, due to having to handle all of her own travel from Kingston to the U.K., a period of her life she remembers as feeling "like a 30-year-old woman in a teenager's body."

By 1964 Millie had returned to Jamaica and told a local newspaper, "When I left five years ago, I had hardly enough money to get to the airport, and when I came back, all Kingston was there. I had a motorcade and a police escort. It was fantastic." She briefly left Jamaica again later that same year to attend the New York World's Fair on August 12, which had been named Millie Small Day by the fair's organizers, where she was exalted by critics as "the greatest singing sensation since the Beatles."

However, it would be another four years before Millie released a follow-up to the song, causing many to label her a one-hit-wonder. When she finally did release two more singles, "Sweet William" and "Bloodshot Eyes," they failed to achieve the level of success as her hit, charting at 30 and 48 in the U.K., respectively.

Millie Small was fully retired by the 1970s, with her last recorded performance in 1973 for a televised, lip-synch performance of "My Boy Lollipop." She disappeared from the public eye until 1987 when it was reported that she was broke and forced to live in a youth hostel with her daughter.

Millie's contribution to Jamaican music cannot be understated. She was the first female international recording star to come from the Caribbean, and her success helped make the entire world aware of the Jamaican sound. In return for the gift she gave to the Jamaican music industry, Small was honored with the Order of Distinction in the rank of Commander on the 49th anniversary of Jamaica's Independence in August of 2011. She was Jamaica's first ambassador of ska and remains one of the most successful ska artists of all time. 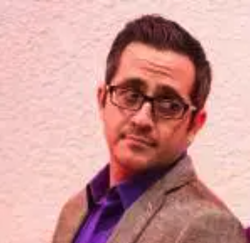 Shawn DePasquale writes comic books, comedy, television, and now, articles for this website. He's an avid reader of anything about the human condition, and currently works at Screen Rant.