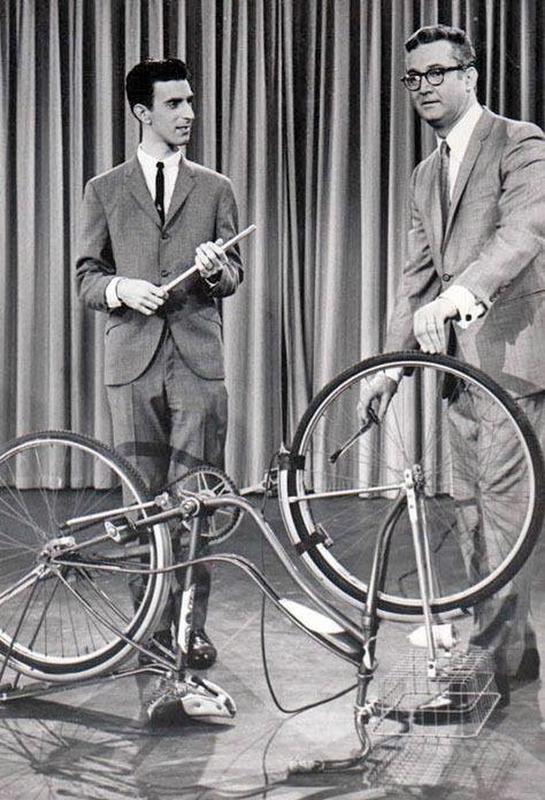 Bancroft And Brooks: The Story Of A Great Love Although it seems that so many Hollywood marriages end in divorce, Anne Bancroft and Mel Brooks had a love that lasted as the two of them continued on their intertwined career paths. When they met, they had both found success in their careers (although Brooks was only starting to find his), and that success would only continue. By The Time They Met, She Had Two Tony Awards Brooks Was Finding Some Success As A Comedy Writer

Mel Brooks got his start writing for Sid Caesar’s Your Show of Shows from 1950 to 1954. When Your Show of Shows was cancelled in 1954, Brooks then wrote for Caesar’s Hour from 1954 to 1957. In 1960, Brooks moved to Hollywood; after meeting Carl Reiner, he had co-created “The 2,000 Year Old Man” act and started to perform it on The Steve Allen Show. In 1953, he had married Florence Baum, a Broadway dancer, in 1953. During their nine-year marriage, they had three children together. It Was Kismet Or Something

In 1961, the dramatic actress and the brilliant comic met at the Ziegfeld Theater while she was rehearsing for The Perry Como Show. He was there, tagging along with a friend who was playing piano. He simply introduced himself to her, calling out to her from across the theater. His bold move seemed to work with Bancroft, since, as she once said, “I was in love with him instantly, because, you see, he looked like my father, and acted like my mother.” Instantly in love or not, he started following her around, and showing up wherever she was. He claimed it was “kismet” but she saw through it and called him out on his behavior. Then they started dating, and although Brooks wanted to marry her, he didn’t feel like he was making enough money support her. In 1964, Talent Associates asked him to write a show. Brooks came up with Get Smart. He wrote the pilot for Get Smart with Buck Henry, and ABC passed on it. Eventually, NBC picked it up, albeit reluctantly. With a regular paycheck, on August 5, 1964, the couple was married at New York City Hall. By this point Bancroft had won a Best Actress Oscar for her role as Annie Sullivan in the film version of The Miracle Worker.

When they got married, they didn’t have a ring or a witness; they had forgotten them in their rush to get married. They ended up using one of Bancroft’s hoop earrings for the ring and asked someone they just met in City Hall to be their witness. Their Careers After Marriage

Their individual careers continued to blossom after their marriage, with Brooks’ career really taking off, and Bancroft continuing to act and win awards for her performances. They also managed to intertwine their marriage and their careers, appearing in front of the camera together a number of times, including three of Brooks’ comedies: Silent Movie (1976), To Be or Not to Be (1983), and Dracula: Dead and Loving It (1995). Bancroft also starred in The Elephant Man (1980) which Brooks produced. Their final appearance together on screen was on Curb Your Enthusiasm in 2004. Bancroft also influenced Brooks’ work. He also said she provided the impetus for his involvement with the development of Young Frankenstein and The Producers as musicals Their Son Has Found His Own Success

In 1972, they had their son, Max, who has, in a way, followed both of their paths. His writing credits include the novel World War Z, and he was a member of the writing team at Saturday Night Live from 2001 to 2003. He has also had some acting and voice-over roles as well. They Were Truly Devoted To Each Other

Perhaps the key to their success was a mutual appreciation. In an interview for the New York Daily News in 2000, Bancroft remarked that, "He makes me laugh a lot. I get excited when I hear his key in the door. It's like, 'Ooh! The party's going to start!" He expressed similar sentiments; in a 2013 interview, Brooks said that To Be or Not to Be is his favorite because he and Bancroft got to “hang out for 24 hours.” Or perhaps, it was something a bit deeper. As Brooks said in a 2013 PBS American Masters documentary, "We both knew what was really important, and what love meant, and...what doing for each other meant."

Bancroft died in 2005 from uterine cancer, and Brooks created a box set of her best roles.