Left: John Elway #7 of the Stanford Cardinal warms up before the Big Game against the California Golden Bears played on November 20, 1982. Right: Chaos on the field as California attempts to score the winning TD. Sources: David Madison/Getty Images; YouTu

The 1982 college football game between California and Stanford ended in a play so famous it's recalled simply as "The Play." The final seconds of this rivalry game involved the Stanford kicking team, a platoon of Cal returners, and the Stanford marching band, an unlikely x-factor that made for the 1982 equivalent of a viral video. It's still replayed today, and many sports fans can recite announcer Joe Starkey's shock and excitement as The Play unfolds and he realizes that "the band is out on the field." It's the oldest college football rivalry in the West dating back to 1892, but, to be frank, the annual California-Stanford game doesn't exactly rank too high among the gridiron elite. As far as college football rivalries go, Cal-Stanford can't compare to Ohio State-Michigan or Alabama-Auburn for drama on the national stage. But the 85th meeting of the Cal Golden Bears and the Stanford Cardinal - an annual contest known as the Big Game - is remembered for one of the most exciting endings in college football history, a chaotic, controversial, and thrilling kickoff return with just four seconds remaining. Here's how it went down. The 1982 Stanford Cardinal was led by future NFL Hall of Fame quarterback John Elway, a player to whom many experts said was the greatest college quarterback of all time. However, even with his immense talent and cannon of an arm, Elway had yet to compete in a post-season bowl game. Going into the Big Game against hated rivals Cal, Stanford had a record of 5-5 and Elway's record as a starter under center stood at 20-22. With a win over Cal, Elway and his Stanford teammates would be bowl eligible, most likely accepting an invitation to face Vanderbilt in the Hall of Fame Classic at Legion Field in Birmingham, Alabama, as well as putting him in position to capture the 1982 Heisman Trophy.

California came into the Big Game with a record of 6-4 and was led by Gale Gilbert at quarterback, an athlete who competed in the 1974 Little League World Series and went on to play eight seasons as a backup and third-string quarterback in the NFL. Also on that team was linebacker Ron Rivera, now the head coach of the Carolina Panthers otherwise, the 1982 Cal squad was made up of players who were destined to be largely forgotten on a national level.

The 1982 Big Game was played at California Memorial Stadium on the campus of UC Berkely, and the Golden Bears held the home-field advantage, keeping the game close throughout the first half. Cal's defense held Elway scoreless and, following a 29-yard pass from Gilbert to Mariet Ford with 2:42 left in the second quarter, went into halftime with a 10-0 lead.

The third quarter belonged to Stanford as Elway threw a pair of touchdown passes - a two-yard toss and a 49-yard bomb - to Vincent White to take the lead 14-10. Cal regained the lead early in the fourth quarter after a field goal by Joe Cooper followed by another touchdown pass by Gilbert, this one a 32-yard strike to Wes Howell to go up 19-14 with 11:24 left in the game. Stanford then pulled within two points with just over five minutes to go on the clock on a 22-yard field goal by Mark Harmon.

Trailing 19-17 with just 1:27 left in the game, Stanford regained the ball for one last possession on their own 20-yard line. As the sun began to set, Elway began to display his talent for last-minute comebacks, an aptitude that would blossom during his NFL career, though the drive got off to a rocky start. The drive's first play lost seven yards, then Elway threw two straight incompletions. Facing a fourth down and 17 from his own 13-yard line and only 53 seconds on the clock, Elway hit Emile Harry on a 29-yard dart, gaining a first down and keeping the drive alive.

Finding his rhythm, Elway led Stanford to the Cal 18-yard line and, with only four seconds left in the game, Harmon nailed a 35-yard field goal to put Stanford in front, 20-19. The game was effectively over and Stanford was just seconds away from victory. Only a perfunctory kickoff was all that remained.

This is where things get interesting. Following Harmon's field goal, Stanford was penalized 15 yards after a handful of players rushed the field believing the game was over. The penalty was enforced on the kickoff, forcing Harmon to kick from his own 25-yard line rather than the 40. California special teams coach Charlie Weiss, in the chaos of the moment, sent a makeshift onside-kick recovery unit onto the field. However, after realizing he didn't have enough players in position, Weiss hastily sent in running back Scott Smith and, as Sports Illustrated described in its article on the play Anatomy of a Miracle, "a skinny 170-pound defensive back named Steve Dunn". Even with these last-second additions, Cal only took the field with 10 players for the kickoff return.

Harmon's kick was gathered by Cal's Kevin Moen on the left side of the field near the Cal 45 yard line. This is where the most unlikely chain of events began. After a bit of ineffective scrambling, Moen tossed a lateral to Richard Rogers who was almost immediately surrounded. Rodgers then lateraled to Dwight Ganer who gained five yards before encountering give Cardinal players. As he was being tackled, Garner managed to pitch the ball back to Rodgers.

It was this point Stanford players, fans, and members of the Leland Stanford Junior University Marching Band rushed the field believing Garner was down and the game was over. However, the play continued as Rodgers galloped down the middle of the field, eventually pitching the ball back to Ford as more members of the Stanford band - 144 in all - began clogging south end of the field, the very end Cal was advancing the ball.

Ford ran the ball down the right side of the field through Stanford players and band members before tossing a no-look lateral to Moen just before being tackled. Moen caught the ball at the Stanford 25-yard-line, weaving around band members and into the end zone for the game-winning touchdown, plowing Stanford's lead trombone player Gary Tyrrell in the process.

Up in the press box, Cal play-by-play announcer Joe Starkey damn-near lost his mind during the play hoarsely screaming, "Oh my God! The most amazing, sensational, dramatic, heart-rending, exciting, thrilling finish in the history of college football! California has won the big game over Stanford!" Gary Tyrrell’s trombone on display at the College Football Hall of Fame.

The controversy surrounding the play began almost immediately, with many Stanford students and fans unable to process what just happened. Several days after the game, for instance, students published a bogus edition of The Stanford Daily claiming the NCAA had ruled the play dead giving Stanford the victory by a score of 20-19.

Elway completed his college career with a record of 20-23, finishing second in Heisman Trophy voting to Georgia's Herschel Walker, while never playing in a college bowl game. He was the first pick in the 1983 NFL Draft, eventually winning two Super Bowls with the Denver Broncos.

Tyrrell, the trombonist flattened in the end zone by Moen, has maintained a sense of humor about his role in college football folklore, speaking to National Public Radio for the 25th anniversary retrospective of The Play in 2007. "I saw this Cal player in the end zone ... and he had the football," Tyrrell recalls. "Next thing I know, I'm sittin' on the Astroturf!"

Tyrrell's trombone, bent from the beating it took from Moen, is now on display at the College Football Hall of Fame in Atlanta, Georgia. 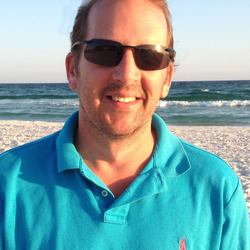 Loyd McIntosh is a freelance writer from Birmingham, Alabama, who enjoys writing about all sorts of topics, especially sports, cars, and politics, but especially likes writing about anything cool and groovy from the late-50s through the 80s. When not poised over his computer staring at a blank screen, Loyd enjoys spending time with his family, wife, Elizabeth, and daughters Emily Grace, and Lily.