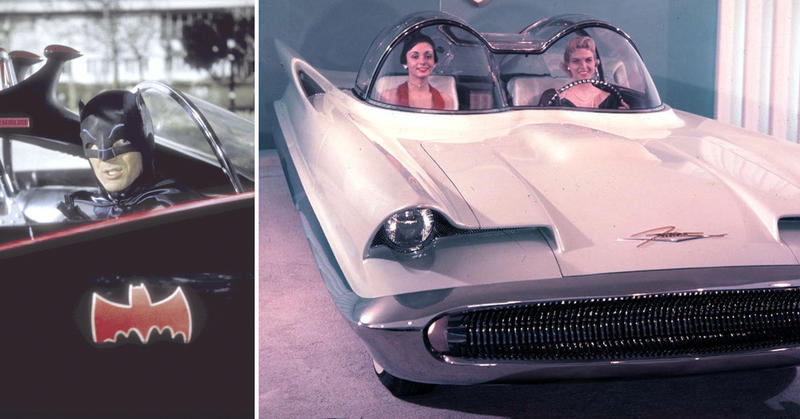 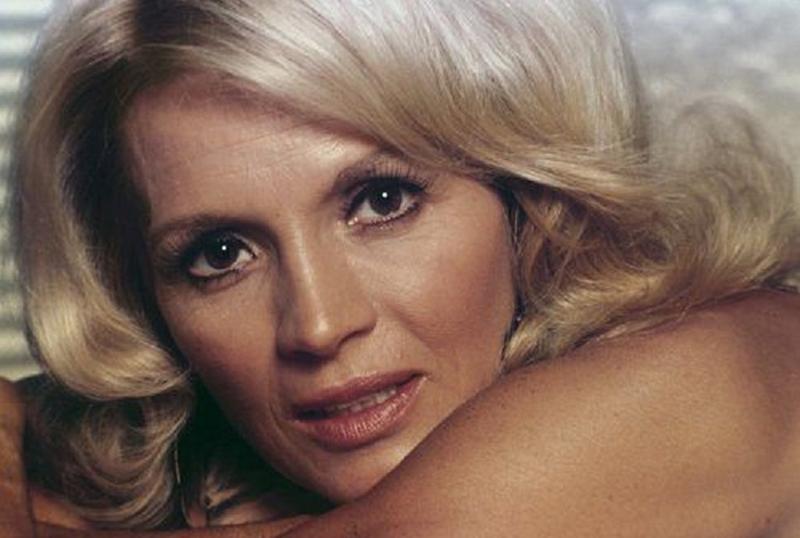 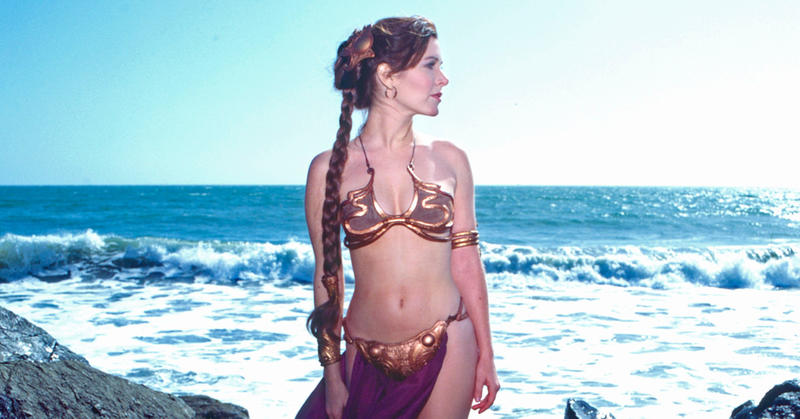 Carrie Fisher: True Stories Of The Life And Loves Of Pr... 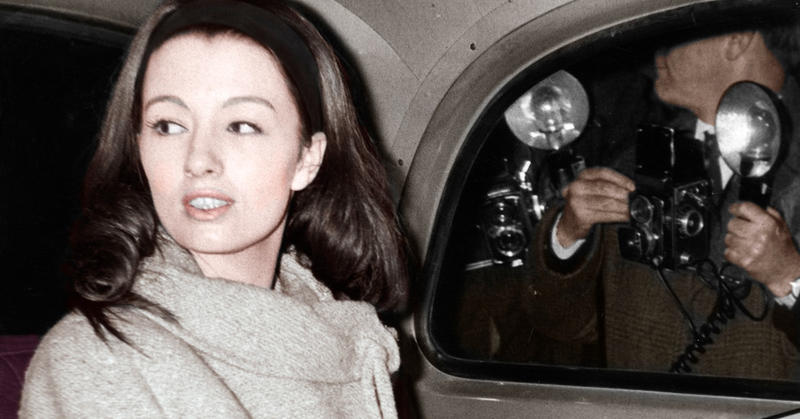 Bob Dylan: The Best Songwriter There Ever Was Bob Dylan's songs and spirit changed the world -- in the early '60s, when popular music was fun and benign, Dylan wrote and recorded music that spoke to young people like nothing that had come before it. Music became a bonding force, a way to feel unity and commonality. There were signs of a yearning for change in the air, particularly in the matter of Civil Rights, but without e-mail or social media, how could teenagers or college students all over the country know they were not alone in feeling as they did? The popularity of Bob Dylan's music and lyrics, songs like "Blowin' In The Wind" and "Ballad Of A Thin Man," was comforting and uniting to a generation that would soon be marching and demanding change. Whether intentionally or not, Bob Dylan changed pop music, a disposable commodity sold to teens, into a means of communication.

Take two young people from different parts of the country -- they might be complete strangers, unaware of the issues each was facing or pondering, but if they both agreed that there was something to the lyrics of "The Times They Are A-Changin'," they were kindred spirits.

He was a college dropout who happens to be one of the most significant American singer/song writers of our time. His compilation of music has covered an impressive 50 years, his lyrics leaving a lasting impression on political and social movements during the civil rights and beyond. He's performed with rock legends Tom Petty, George Harrison and The Grateful Dead. According to Bruce Springsteen:

He did to the mind what Elvis did to the body. He invented a new way a pop singer could sound, broke through the limitations of what a recording artist could achieve, and changed the face of rock and roll forever. Although he became famous through his prominent folk songs such as "Blowin' In The Wind" and "The Times They Are A-Changin," most of his musical inspiration stemmed from country and blues as a young boy to rock and roll in his teen years. Throughout his career he has mastered a wide range of musical genres - from folk, blues, gospel, rock & roll to rockabilly. He plays guitar, keyboards and harmonica. Bob Dylan is still prominent in the music industry today and has shown no signs of slowing down with his most recent 2016 album, Fallen Angels. His achievements range from a Nobel Prize for Literature, a place in the Rock & Roll Hall of Fame, a Presidential Medal of Freedom from President Barack Obama and of course many Grammy, Academy and Golden Globe Awards.

Bob Dylan Was Just A Boy From Minnesota With humble beginnings in a small town, Bob Dylan was born as Robert Allen Zimmerman on May 24, 1941 in Duluth, Minnesota and raised in Hibbing, Minnesota by his parents Abram Zimmerman and Beatrice Stone. Throughout high school, he created several of his own bands including the Golden Chords, his music inspiration stemming from early rock stars such as Jerry Lee Lewis, Elvis Presley, and Little Richard. It wasn't until his brief college days at the University of Minnesota in Minneapolis that he began playing folk and country music under the surname "Bob Dillon". Inspiration for the name likely derived from the main character of Gunsmoke, a popular western television series. In a 2004 interview, Bob Dylan was quoted "You're born, you know, with the wrong names, wrong parents. I mean, that happens. You call yourself what you want to call yourself, this is the land of the free."

He Became A Folk Phenomenon In New York City In 1960 after one year of college, Bob Dylan made his most life changing decision; dropped out of college and relocated to New York City. It was here that his idol and fellow folk singer Woody Guthrie lived at the time and was also suffering from a rare hereditary disease of the nervous system. It was Woody that inspired one of Dylan's first songs "Song to Woody." During this time Dylan became prominent in the local scene, making his name in coffee shops and folk clubs. He received praise in The New York Times in the fall of 1961 which led to him signing with recording contractor Columbia Records. His official first album was released shortly after in early 1962, titled Bob Dylan. Although the album contained only two original songs, it was here that he was recognized for his original sound and gravelly singing voice. However, it wasn't until the release of his 1963 album The Freewheelin' Bob Dylan that his music career really began to take off and he made chart topping waves with one of his most memorable folk songs "Blowin' in the Wind." From here, he had made his iconic stamp in popular culture and was free to create a new rock and roll image which carried himself through the decades to who he is today. Bob Dylan in rock-star mode on his 1966 tour of England. Source: theguardian.com

There's the Bob Dylan we're perhaps most familiar with -- the young singer of early-'60s anthems like "The Times They Are A-Changin'" and "Blowin' In The Wind." Beginning in the mid-'60s, with Bringing It All Back Home and then in full force on Highway 61 Revisited, Dylan went in more of a rock direction -- "went electric" as it's recalled by rock historians. On July 25, 1965, only days after the single "Like A Rolling Stone" (off Highway 61) had been released, Dylan played an electric rock set at the Newport Folk Festival -- and was booed by the crowd.

It was the first transformation of many for Dylan, who would keep his fans guessing -- or perhaps test their loyalty -- again and again. The 1966 release Blonde on Blonde, a double album, might have been Dylan's perfection of his electric persona. Then Dylan had his famous motorcycle accident, and essentially disappeared. Those who'd made the adjustment to electric Dylan could only be shocked by his next two releases.

First came John Wesley Harding (1967), which saw him backtrack from blues-rock into folk.  In 1969, he released Nashville Skyline, a country record featuring a duet with Johnny Cash. Aside from these two albums, Dylan was a non-factor in the late '60s. He didn't play Woodstock or any of the major festivals -- he was a recluse, more or less. Despite having been the one to lay the groundwork for so many of the musical and cultural changes that came to a head in the late '60s, Dylan was absent. Dylan singing 'Tangled Up In Blue' in makeup. Source: YouTube

The early '70s was a lean period for Dylan -- he continued to put out albums, beginning with 1970's Self Portrait, but none were up to the caliber of his first nine releases. He recorded a lot of covers; he'd have a gem of a song here and there but it was looking like a real possibility that he was creatively spent, and would never recapture his '60s glory.

Then in January 1975 he released Blood On The Tracks, an LP that is at least the equal of his '60s highlights; some might say it's Dylan's best album, period. Kicking off with "Tangled Up In Blue," it's one of the powerhouse albums in rock history; you've also got "Simple Twist Of Fate," "You're A Big Girl Now," Idiot Wind," "You're Gonna Make Me Lonesome When You Go" -- and that's just side one.

Dylan followed Blood On The Tracks with Desire, which features the inspired, eight-minute "Hurricane." During this mid-'70s period, he was absolutely tearing it up on stage as well, in a two-leg, 57-date extravaganza called the Rolling Thunder Revue. Dylan had come back with a vengeance.