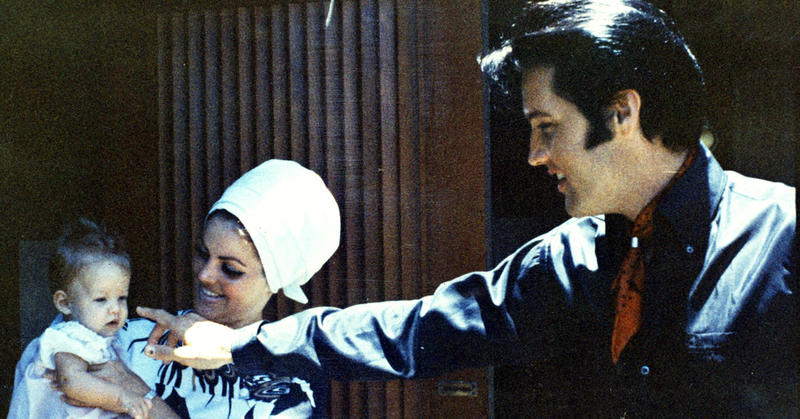 Elvis and Priscilla Presley's Divorce: The Decline Of T... 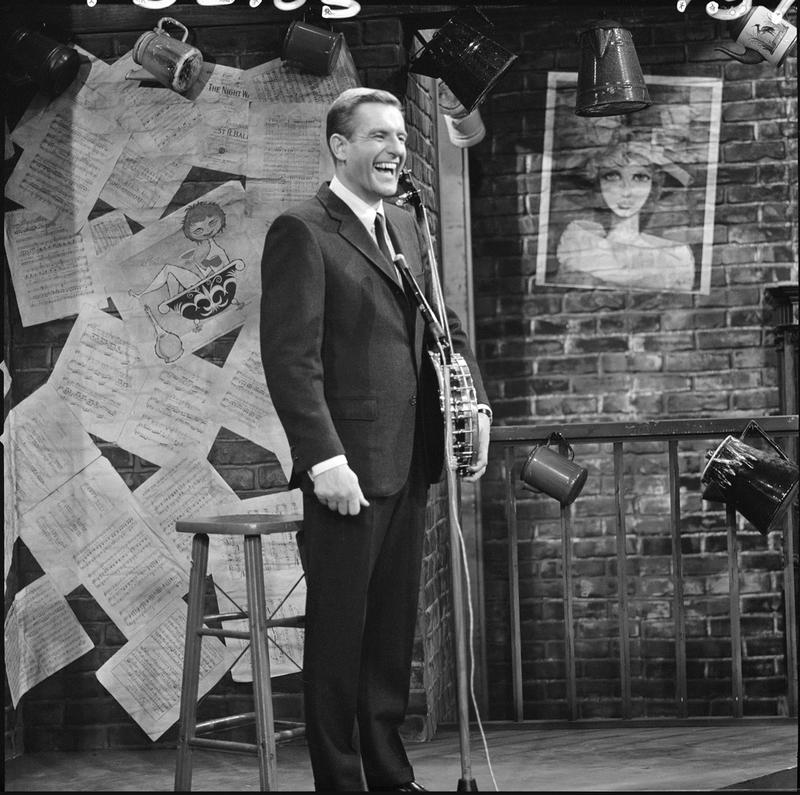 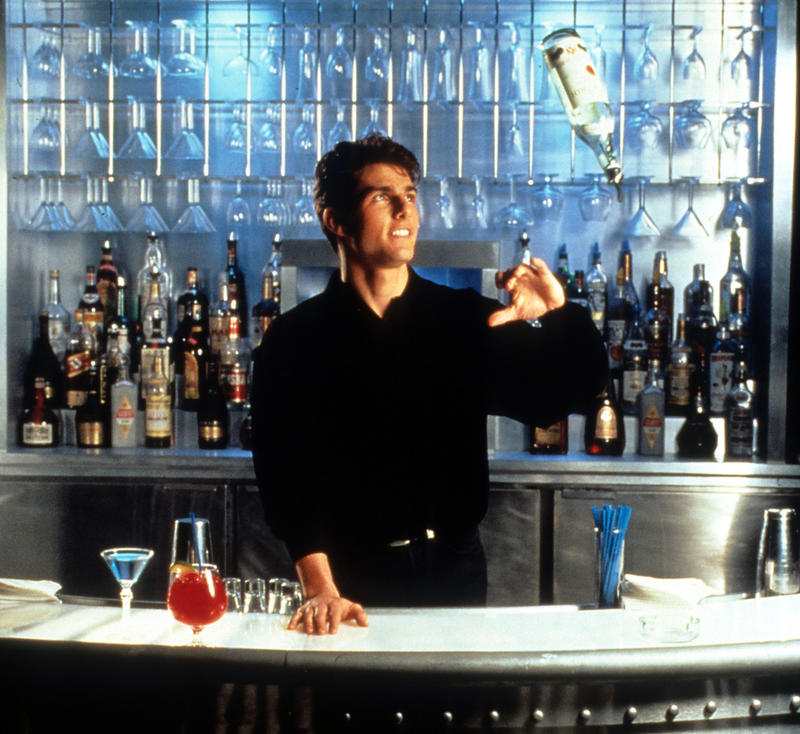 How Tom Cruise Made Cocktail A $100 Million Movie 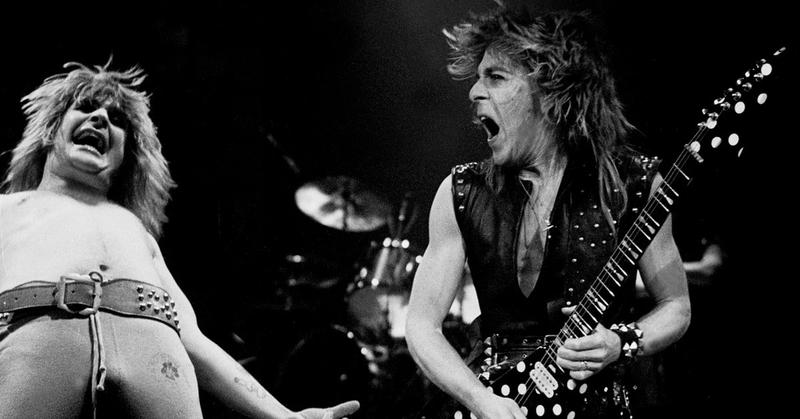 Who would have guessed this was anime from the 70s? Anime today has gone mainstream, but they have the classic anime shows and movies of the past to thank for that. You could say that today’s anime stands of the shoulders of giants… “Space Giants”, that is!...as well as all the other groundbreaking anime works that paved the way.

Fans of anime today may believe they are the first to discover the distinctively Japanese animation style that is characterized by bold colors, well-developed characters, and unique drawing methods, but anime, as an art form, is a much older than its current Millennials and Generation Zen fan base. In fact, today’s anime fans may be stunned to learn that their parents and grandparents were fans of this unmistakable film style during the 1970s.

The anime of the 1970s owes its popularity to “Astro Boy.” The 1964 animated sci-fi television series, “Astro Boy,” was groundbreaking. The American viewing audience had never before been exposed to something so vastly different than the animated shows they had seen before. Here were wide-eyed, cleverly drawn characters that, although a mainstay in Japan, were refreshingly new to the rest of the world. Pearl Harbor and World War II were still in the collective memory of the world and “Astro Boy” represented the first time Americans embraced a part of Japanese culture post-war. “Astro Boys” main themes, according to creator Osamu Tezuka, were anti-war, anti-discrimination, and the protection of the Earth’s natural resources. Although it was wildly popular, it lost ratings to color TV shows. Even after “Astro Boy” was cancelled, it remained influential, and laid the foundation for the anime of the 1970s. Anime as a Sci-Fi Genre

Following on the heels of “Astro Boy” was the anime of the 1970s. Following the moon landing, people went crazy for films and shows about space travel and space exploration and anime lent itself well to the genre. “Space Battleship Yamato” aired between October 6, 1974, and March 30, 1975. Inspired by the William Golding novel Lord of the Flies, the series took place on an old World War II battleship that had been altered to become a spaceship. The crew of the space battleship traveled into deep space in search of a device that can remove the radiation that has made Earth uninhabitable. They only had supplies enough for one year so they were in a race against time to save the human species from extinction. In this series, we clearly see a manifestation of the public’s concern about radiation, warfare, and the possible inhalation of the human race. Soon after, another popular anime series arrived in the U.S. “Battle of the Planets”, an American adaptation of “Science Ninja Team Gatchaman”, a 1972 Japanese anime series, was altered from the original Japanese production. Elements of profanity and graphic violence were removed so that American parents would allow their children to watch the series. Additionally, other changes were made to make the show more appealing to the North American audiences. Anime Broke Barriers in the ‘70s

From October, 1973, to March, 1974, twenty-five episodes of “Cutie Honey” aired. What was notable about this show was that it featured a female protagonist, the first anime series to do so. The target audience of the series, however, was young men, and the series featured brief nudity as the title character undressed during her transformations from ordinary girl to magical girl. In a nod to “Cutie Honey,” it is now commonplace for female characters to shed their clothing during transformation scene. Cutie Honey is an android with the ability to create precious jewels at will. She is pursued by an evil villain, out to exploit her riches, and Cutie Honey hides from him by transforming herself into one of seven alter-egos, each with the ability to defend herself. In the 1970s, a time when the rallying cry of women’s equality was in the forefront, it is not surprising that we see a lead character who embodies the spirit of gender equality. Making the Conversion from Japanese to American

“Battle of the Planets” encountered the same conversion issues that often plagued anime shows. When dubbing the voices to speak English rather than Japanese, the inaccuracies were laughable, turning the otherwise-good shows into farce. The American adaptation of “Speed Racer” is a prime example. Released at the end of the 1960s, “Speed Racer” enjoyed a consistent life throughout the 1970s, thanks to reruns. Unfortunately, the conversion to English lacked finesse and the series gained a reputation for its poor voice dubbing, flat acting, and timing miscues. The quality was so comically bad that TV producers nixed other, potentially big anime series from hitting the North American airways. “Lupin III” began as an anime series that premiered on television in 1971. Since then, it has spawned a franchise that continues to the present. The three part TV series hooked fans in with the quality of the production, memorable characters, and solid plot line. “Lupin III” television series could be found on the airways throughout the 1970s, 1980s, 1990s, 2000s, and 2010s, either in the form of new series or rebroadcasts of older series, most notably by Cartoon Network’s “Adult Swim – Toonami” Movies followed, in addition to television specials, live action performances, musical soundtracks, and video games. “Lupin III” may have been born in the 1970s but it has enjoyed an longevity since then. Standing on the Shoulders of “Space Giants”

Created by Osamu Tezuka, the writer of “Astro Boy”, the Japanese series “Ambassador Magma” was re-titled to “Space Giants” when it was converted to American audiences in 1970s. This popular anime series revolved around a robot-human hybrid who could transform into rockets to do battle with an assortment of dinosaur-like monsters from outer space and a group of ninja bad guys. Similar to BBC’s long-runner series, “Doctor Who”, “Space Giants” introduced a new story line – and a new monster to defeat – that would be resolved in up to four episode. At the conclusion of the fourth episode, a new villain would be introduced to set up the next three or four-episode story line. “Space Giants” was dubbed into English by Bernard Schulman and offered to a limited number of television stations in the United States. It soon found a regular spot in the afternoon programming of the newly-formed TBS superstation. The anime genre is ideally suited for science fiction and the worldwide spread of anime coincided with the leaps and bounds in computerized technology. It is no surprise, then, that anime loves robots. Robots and androids feature heavily in anime storylines, including “Brave Raideen”, an acclaimed Japanese series that ran in 1975 and 1976. What makes “Brave Raideen” unique is that, in this series, the robot is not a creation of science, but a mystical being. The “Brave Raideen” robot is also among the first transforming robot, along with Goldar of “Ambassador Magma”, to be able to transform itself into other objects. In fact, a toy version of “Brave Raideen” was the first transforming robot action figure, setting the stage for the “Transformer” franchise to come. Television syndication rules in the 1980s changed how some anime shows were perceived by TV executives. To be considered for syndication, a series had to have a minimum number of episodes. Additionally, the 1980s saw an increase in space saga-type anime shows, riding on the huge popularity of the “Star Wars” films to lock in the fan base. In Japan, anime books and magazines, including Newtype and Animage were introduced for the fans of popular shows, such as “Yamato” and “Gundam”. Soon devotees of these publications developed into a subculture known as ‘otaku’. The prevalence of the otaku helped ensure that more and more artists and film producers were entering into the anime production industry, bringing with them innovative ideas, new story lines, and fresh characters.

As new forms of media emerged, anime artists adapted them to fit their artist style and used them to reach a wider fan base. Today, thanks to the groundbreaking anime shows of the 1970s, anime has moved from the fringes into the mainstream and has become a forum for expression and storytelling, providing an appealing way to get a message across. Today’s anime fans owe plenty to the anime of the past which paved the way for the multi-billion dollar industry that has spread from Japan to all around the globe.